Election season is upon us. The results of the US Presidential election will impact Americans’ lives for the next four years (and beyond), but will also affect the rest of the world as well. While an individual voter may feel that their choice doesn’t make a difference, collectively voters have tremendous power and responsibility. It is important to exercise this right/privilege to vote, but there are many factors and issues to consider, and many ideas to unlearn.

America is at a boiling point, and change is essential for any sort of progress. We have seen Donald Trump’s handling of social issues, and the lack of compassion, understanding and effectiveness in his approach. We know his track record. This is a man who when asked to directly condemn White Supremacists told them to “stand back and stand by”, which sounds more like providing orders than condemning. This is a man who calls peaceful protesters “thugs” and called the militia in Charlottesville “fine people”. Quick to deploy the national guard during peaceful protests, negligent in addressing systemic racism, yet he claims to have done more for the Black community than any President since Lincoln. This year in particular has been devastating in terms of racial injustice, epitomized by the murder of George Floyd igniting polarization, and Trump’s actions and inactions as the elected leader often adding fuel to the raging inferno. 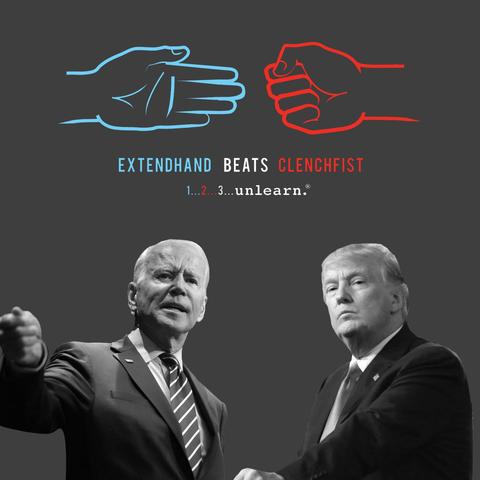 Donald Trump’s presidency has brought a lot of previously underlying issues to the forefront. Will voting for Biden make a satisfactory difference in terms of the overwhelming racial injustice in the US? Many people think not. Democrats have historically counted on the Black community to support them, and taken this for granted, without necessarily providing adequate support to Black Americans. In fact, it has arrived at the point where Biden himself said “If you have a problem figuring out if you’re for me or Trump then you ain’t Black”. Even with a Black man in the Oval Office, racial injustice was still rampant and inequality was pervasive, so will voting for the Democratic Party be the solution? Probably not, but in terms of social justice it certainly appears to be the better of the two options. It may not heal the wound, but it may just be the first step towards getting treatment.

Given the situation, what are the options? In terms of racial inequality, neither side would be able to get rid of 400 years of sin in 4 years, but we need progress. One idea to accomplish this is “A Contract With Black America” – an extensive proposal put out by Ice Cube that calls for police reform, prison reform, judicial reform, federal funding for the Black community, among other procedures and actions. Ice Cube has been vocal on the matter, and was willing to discuss the contract with both parties; the Democrats stated they would address the contract after the election, while the Trump administration met with Ice Cube to discuss. In turn, Ice Cube faced backlash from fans who felt he had betrayed them, and in response stated, “They’re all the same until something changes for us. They all lie and they all cheat but we can’t afford not to negotiate with whoever is in power or our condition in this country will never change. Our justice is bipartisan.”

In this framework of thinking, voting is simply the first step. It is particularly important this year given the social and racial climate, with the country at the brink of a race war and a President that instigates hatred. Responsible leadership should be a priority as it is needed to navigate COVID-19 and the omnipresent systemic racism in society. There is too much at stake for voter apathy; don’t be a bystander who lets the bully get away. At the same time, voting is not the end all be all; both Democrats and Republicans have taken power countless times, and many of the issues that plague American society continue to exist. The situation will not change overnight, but we must vote for competent leadership, and then demand accountability. Unlearn the idea that voting is useless, and unlearn the idea that voting is all that can be done. November 3rd will determine America’s leader, and will have significant influence on the nation’s economy, social climate, race relations, foreign policy, environment and more, so do your part to create a favourable outcome, but don’t stop there. Demand progress, trump hate.