Skip to content
Two weeks ago, news broke out that Chadwick Boseman tragically passed away from colon cancer at the age of 43. Despite battling the disease for four years, he kept it a secret, and continued to persevere, living his purpose – sharing his gift with the world through a number of movies, and inspiring those that look up to him. 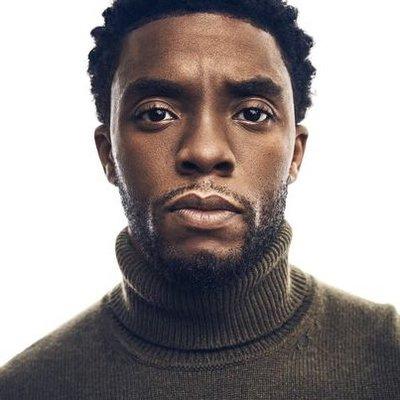 A true hero, on and off the screen. On screen, Chadwick Boseman used his talent to depict Black icons in a number of biopics, including the likes of Jackie Robinson, James Brown, and Thurgood Marshall. He put Black excellence on display and helped share those stories through his craft. Aside from the biopics, he most notably played T’Challa in Marvel’s Black Panther, in which he embodied the true essence of a king, with leadership, compassion, strength, humbleness and introspection. Black Panther was a commercially successful film, grossing a massive $1.3 billion, currently making it the tenth highest grossing film of all time. However, the more important feat of Black Panther is the film’s social impact. With a predominantly Black cast and a plot centered around a Black superhero, the public and the Black community finally had representation, and were able to see themselves on screen, which is incredibly empowering. By perfectly bringing the role of T’Challa to life, Chadwick Boseman became a symbol of a strong Black lead. An icon. A hero. Off the screen, knowing what we now know about his battle with cancer, the same things can be said about the man himself. The way he carried himself was regal, fitting for the King of Wakanda. To take on a battle as serious and debilitating as cancer, while keeping the entire struggle private shows unfathomable strength. To focus on others, share one’s gift with the world despite the physical burdens, and take the time to show love to those who are going through the same struggles you are privately dealing with (Chadwick visited young cancer patients during the filming of Black Panther) demonstrates extraordinary compassion. Chadwick Boseman has taught us many things, right up until the way he carried himself as he was running out of time. He found his purpose, shared his light with the world, stayed true to himself, and cared deeply about others. As T’Challa said in Captain America: Civil War – “In my culture, death is not the end. It’s more of a stepping off point.” Chadwick will live on. Inspired by Chadwick Boseman’s life, how can we find the light in our darkest moments?