They say health is wealth, and it’s cliche but true. We often focus on monetary wealth rather than paying attention to our bodies, but when faced with a global pandemic claiming over a million lives, health is rightfully placed at the forefront. The pandemic has also brought a lot of ‘noise’, with healthcare professionals sharing contrasting opinions and advice. There is no “one answer” or cookie-cutter solution to solve/prevent all health problems, rather a varied approach can be more effective. Looking at health and medicine in general, there are two ‘streams’ of medicine, and though we are not healthcare professionals here at unlearn, hopefully this exploration will allow for learning about approaches to health, and unlearning flawed perceptions regarding each approach.

The first and most popular approach (particularly in North America) is allopathic medicine, commonly known as “conventional”, “traditional”, or “western” medicine. This approach primarily focuses on treating and alleviating symptoms to make individuals feel better. In fact, looking at the etymology of allopathy, the word comes from the Greek words “allos” (meaning opposite) and pathos (meaning suffering). This philosophy is exemplified in how allopathic medicine deals with various issues – using medications, antibiotics, radiation, surgery and other procedures.

Naturopathic medicine, also known as “Eastern”, “alternative”, or “holistic” medicine, has a different approach. The philosophy behind naturopathy is to view the body as a whole and consider all the systems in play (physical, biological, social etc.) to assess how they function together, and try to solve the root cause of the issue. This impacts the forms of treatment that naturopathy provides. 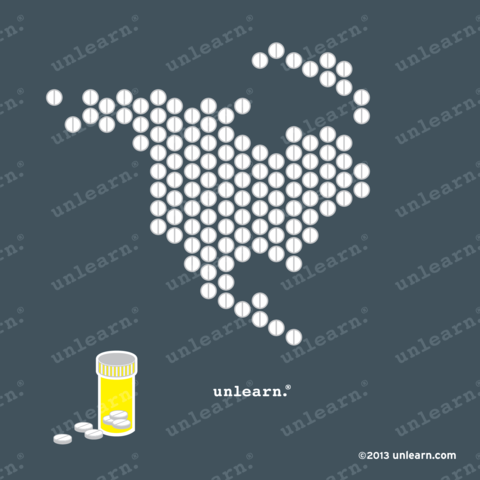 Take the example of migraines, a common problem with no clear cause. If an individual suffered from migraines and sought help from an allopathic healthcare professional, the suggested approach would likely include pharmaceutical and non-pharmaceutical treatment; medications would decrease inflammation, nausea, and pain, and the patient would be encouraged to rest while avoiding any potential triggers. A naturopathic approach would fundamentally differ in its examination of potential root causes, and avoidance of pharmaceutical drugs. Instead, treatment could potentially include botanical medicine, nutritional supplementation, or acupuncture, among other things. The latter has been known to be particularly useful among patients suffering from migraines. Treatment options would vary depending on the specific health issues an individual has, but the fundamental differences in approach would remain.

Neither approach to health is right or wrong, both are valid options and there is a time and place for each. However, shouldn’t we be listening to our bodies? As Hippocrates once said, “the natural healing force within each of us is the greatest force in getting well”, though we rarely allow for the body to heal itself. Instead, the allopathic approach calls for intervention, and we suppress our bodies’ signals. For example, the conventional course of action when dealing with a fever is to take medicine such as ibuprofen or acetaminophen to reduce the fever and alleviate discomfort, but there may not necessarily be medical need to do so. In fact, this may even be counter-productive, as fevers are the body’s natural way of fighting off infection. Fevers can be harmful in some cases, but only when they cause the body’s temperature to become exceedingly high (which is atypical). At the end of the day, it is up to the individual to decide which route to take, however, it is important to keep an open mind.

If our conventional response to something as common as fevers are potentially flawed, what else are we doing wrong? Is our traditional approach to healing truly the best for our bodies, or are we playing into the hand of the multi-billion dollar pharmaceutical industry?

Instead of simply following what is typically done, we should question norms, and truly see what options are available, with better short term and long term benefits. When faced with any health issue, we have the opportunity to think critically, unlearn our biases, do our research and due diligence, and then choose our individual path to taking care of our health.